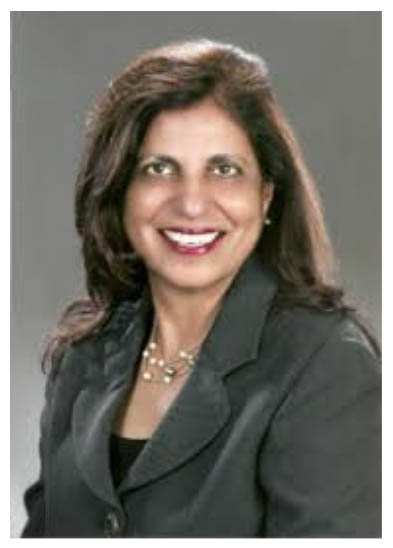 Mrs. Motwani is the Chairwoman of Merrimac Ventures, a real estate management, investment and development company with interests around the US and India, where she oversees the company’s business strategy and advises new projects through the development process. Merrimac Ventures’ portfolio includes 18 hospitality, residential and retail projects under construction and completed across four states.

Ramola Motwani was born and raised in India. After completing her Bachelor of Arts undergraduate degree at Jai Hind College in 1968 she received her law degree from the Government Law College in Mumbai, India. She began her business career in the US with an import/export business she started with her late husband Ramesh ‘Bob’ Motwani in St. Charles, Missouri. In the mid-1980s, they expanded the business into hotels by purchasing numerous properties on Fort Lauderdale Beach. They owned and operated, among others, the Merrimac and Gold Coast Beach Resort Hotels for many years until Bob passed away in 1994. Mrs. Motwani then took over the operations of the entire company while raising two teenage sons, Nitin and Dev. She has operated several hotels in Broward County, predominantly on Fort Lauderdale Beach. She also expanded the business while becoming one of the most active local community leaders.

Mrs. Motwani is very engaged in the Fort Lauderdale community and has been a major force in beachdevelopment and redevelopment, transforming the beach from small hotels and motels to an upscale luxury market. She planned the Centennial Beach Fest celebration with the City Commission. She was also the founding chairwoman for the Holiday Lights on the Beach and a founding chairwoman of the annual Jeb Bush Classic Beach Bash fundraiser benefiting the Cystic Fibrosis foundation. Furthermore, she was instrumental in successfully organizing the efforts to bring back the Ft Lauderdale Air Show in 2012.

Ramola Motwani is an active member of the Broward Workshop, and a member of the United Way of Broward County, serving as their chairwoman for the annual Mayor’s Gala. She is a member of the Tourist Development Council (advisory board to the Broward county commission). She serves as a State Board Member of the Florida Restaurant and Lodging Association, Broward Chapter and spearheads their Hospitality Management Program for High Schools. Mrs. Motwani has served as commissioner on the Florida Commission on the Status of Women and has served on the Beach Redevelopment Board, an advisory board to the city of Fort Lauderdale. Additionally, she is a past Chairwoman of the Beach Council, a Chamber of Commerce Member and Trustee for many years.

Her civic-minded affiliations include being the Past President of the Alliance of Global Sindhi Associations and is a current Board of Directors member. She is also Treasurer of the Global Sindhi Foundation. She is a Life member of Association of Indians in America, she has represented Sindhi Adhikar Manch at the United Nations and serves on the Board of the Boys and Girls Club. She has been involved in many other charities, such as, being a volunteer with the Citizens Volunteer Corps, a Trustee of the South Florida Hindu Temple, past Vice President of the India – US Chamber of Commerce Inc., South Florida and past President of the Sindhi Association of South Florida, as well as a Founding Member of International Chamber of GOPIO.

She was inducted into the Junior Achievement Hall of Fame, the NSU Entrepreneur Hall of Fame and the Fort Lauderdale Chamber of Commerce Hall of Fame. Other awards she has received are the March of Dimes Woman of Distinction Award, the Salute to Business Award, the Woman’s Council Award and the AGSA Sindhi Association Award, the SunSentinel Excalibur Small Business Leader for Broward County, Cleveland Clinic Sapphire Award, Women of Excellence, City of Fort Lauderdale Beach Visionaries Award, Sant Nirankari Mission Outstanding Contribution Towards Betterment of the Community, Desh-Videsh Media Group Community Leader Award, South Florida Business Journal Ultimate CEO Award, Individual Fundraiser of the Year for Scleroderma Foundation, Largest Team Fundraiser for Scleroderma, Alliance of Sindhi Associations of America, Inc. Leadership Award, and the Chamber Women’s Circle of Excellence Award for Hospitality. Most recently, she has been honored by the United States House of Representatives for excellence in developing the City of Fort Lauderdale, received the Founder’s Award from the City of Fort Lauderdale and received a tribute from the Florida House of Representatives for her extensive community involvement and business success.

To commemorate the 25 th anniversary of Bob’s passing, in 2019 the family partnered with Broward College to launch a new Academy for Hospitality and Tourism Management. Mrs Motwani has shown her commitment to the success of the Academy with an initial endowment, as well as creating internships and scholarships for deserving students. 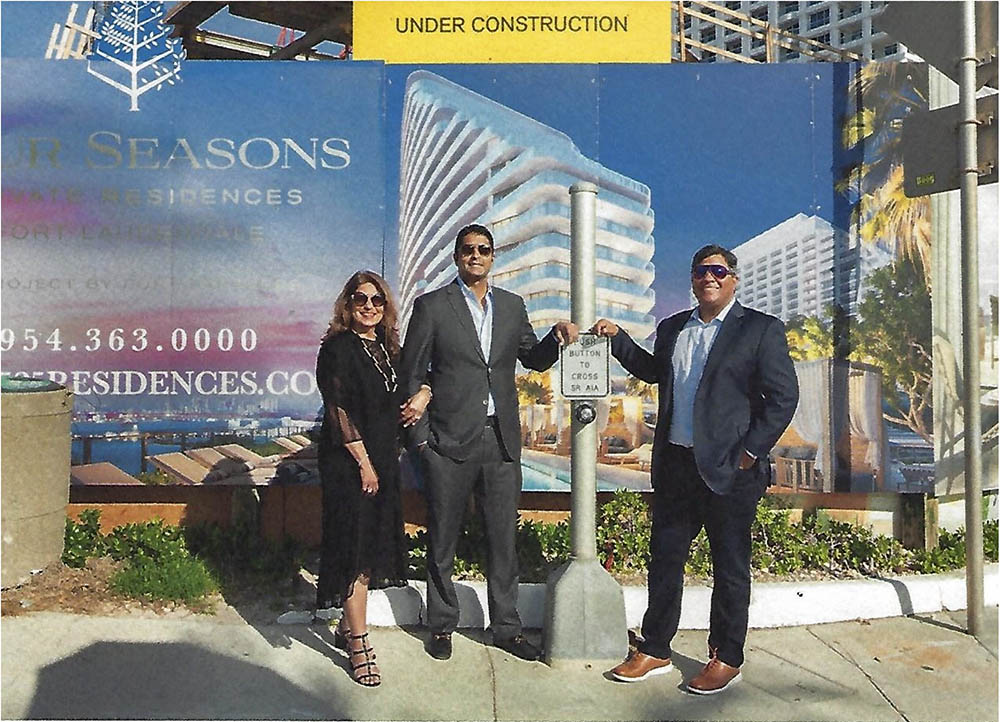