Video of the Shradhanjali to Dada Shri Ajan Daswani 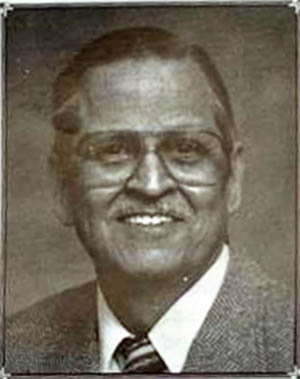 Late Dr. Kaloo Thadani
Founding Alliance President
Past President (1994-98)
The idea of Sindhi Sammelan was first conceived by Prem Lalvani who was at the time Executive Director of Alliance of Midwest India Associations, while I was treasurer, in 1988-89. The active action was taken in 1989 at the time of Silver jubilee celebration of Sindhi Association of Chicago. At the time, the target for First World Sindhi Samrnelan was 1992, however, the community was not ready for such huge undertaking. I retired in 1993 and Prem Lalvani suggested that I work full time for Alliance of Sindhi Associations of Americas. I have been devoting most of my time for the Alliance. worked hard and secured tax-exempt non-profit organization status for the Alliance. When Chandru Bhojwani became president of Sindhi Association of Chicago, he responded positively to the idea ot first Sindhi Sammelan. A meeting was held during Diwali function and delegates from Washington, D.C. came and the constitution was approved. Initially, four Sindhi associations who joined the Alliance. were from New Jersey, Washington DC. Los Angles and San Francisco. At present, there are 17 Sindhi Associations from Canada, U.S.A., and Caribbean Islands who are members of the Alliance. The main purpose for which the Alliance was formed is to 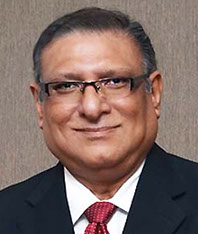 I am very honored to be given the opportunity to pen a few lines, in this enhanced website of our International Association, AGSA. I am very proud to make mention that this prestigious AGSA organisation has a proud history of 28 years , serving the worldwide Sindhi Associations to the best of her ability, even until today. Many heartfelt thanks go to the Founders, various Past Presidents and their most able Board Members, Past and Present, whom we want to specially express our heartfelt thanks. Without their effort, diligence and dedication, AGSA won’t be the much respected International Association that it is today. Special thanks also go to following persons whom; I have specially tasked to put together our distinguished collective history and achievements. (1)One of our oldest AGSA board member, Mr. Mohan Karamchandani who helped to scan all our sammelan brochures and posted them at our AGSA website for our posterity’s benefit and also updated history of alliance (2) Mr Nand Belani who originally formulated the AGSA website (3) Mr Deepak Keswani, a Graphic Designer, who updated the history of our Alliance. It is worthwhile to note that our First Sindhi Sammelan was held in New Jersey in the year 1994, though the idea was first promulgated and conceived by the Founders Mr Prem T Lalvani and the late Dr Kaloo C Thadani in the year 1989. Thus, as AGSA’s president , it is my joy to see that our Sindhi Community is fast expanding and making headway internationally. It is also my joy to have launched our Sindhi Youth Website, it's a Platform where all our young people can meet online. Finally, I wish each and everyone of you, every success that life can bring. Stay safe and healthy always. Thank you very much. Yours Sincerely,
Shah Lalchand Ranai, DPSM, JP.
President AGSA
2019-2021

The year was 1989; there were a handful of Sindhi Associations in some of the major cities in USA. The idea of an umbrella organization was conceived by Mr. Prem Lalvani who was the Director of Alliance of Midwest India Associations along with Mr. Kaloo Thadani. It took them four years to form the Alliance of Sindhi Associations of Americas, Inc. and secure the tax exempt non-profit status. Initially the Sindhi associations who joined the Alliance were from New York, New Jersey, Chicago, Washington D.C, Los Angeles and San Francisco. The bylaws were drafted and a constitution was approved.

The main purpose of the Alliance was to preserve and nurture our Sindhi traditions, language and values for the future generations, to have unity among Sindhis, to help our needy Sindhi students in India to get education and to help build Senior Sindhu Centers in each of the major cities in USA. To achieve these objectives, the organization needed collective thoughts, so was born the idea of Sindhi Sammelan, a three day event where Sindhis from around the country could come together.

The success of the Sammelans in India, Europe and Far East countries prompted to shift the focus from American to a Global organization. In the year 2013 the Alliance of Global Sindhi Association was conceived.  The organization has the same objectives and mission with a broader focus.